THIS SATURDAY!  September 7th, 2019 “ The East Hampton Airport will host the finest aircraft and most amazing food,” stated Kathryn Slye Allen, Vice President of the East Hampton Aviation Association, the organization sponsoring the event. This will be the fourth time this highly anticipated event takes place at the Airport in East Hampton located in Wainscott, NY attracting adoring local enthusiasts of all ages as well as pilots from around the world. The annual event is planned just after National Aviation Day which has been taking place since 1939 (the beginning of WWII).

The event provides an exclusive behind the scenes look at the inner workings of our airport showing firsthand the significance in regards to i.e. emergency evacuations and animal rescues to name just a few and in general the support it brings to our local businesses. “We hope the community will come out to enjoy a great day of fun and show its support to our airport.” said Kathryn.

“Many of us only know of the stories our grandparents told about their heroic efforts during WWII. We’re thrilled to showcase their important work with a group of young enthusiasts whose passion for aviation may eventually lead them to careers up in the air as well,” said Evan Catarelli, said of the event as the manager of operations for Sound Aircraft Services.

We hope to see “Charlie Lynch, flying in with his unique two-seater P-51 ‘Never Miss’, whose low pass on a knives’ edge is always a big hit with the crowds.” continued Evan, “My son and daughter are always very impressed about their dad’s workplace.”

The North American P-51 Mustang is a long-range single-seat fighter-bomber used during World War II and the Korean War. 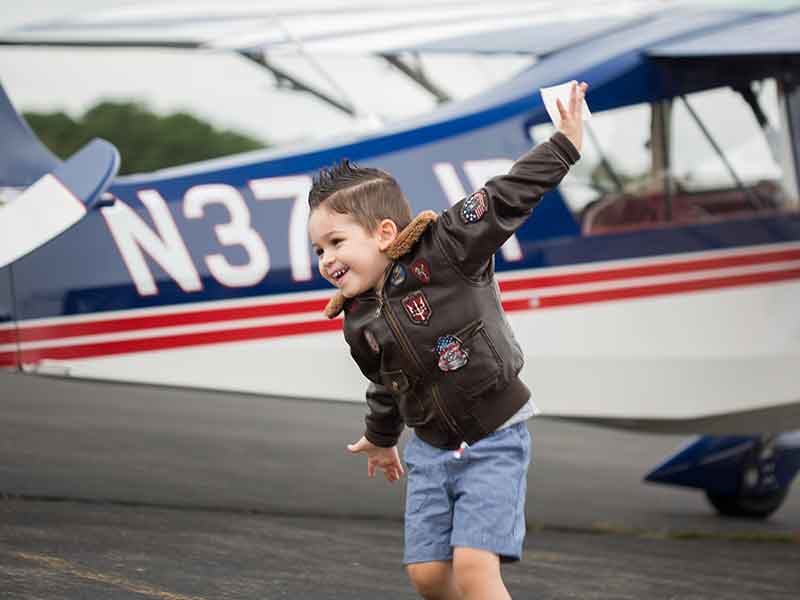 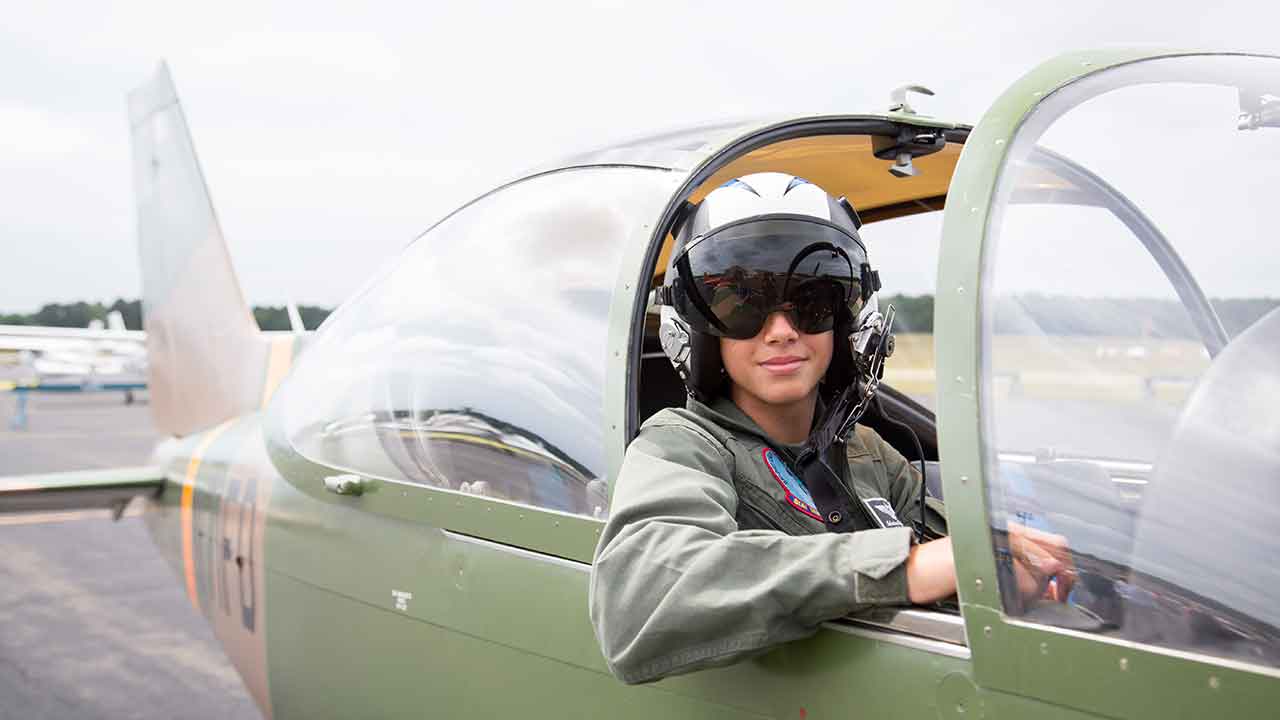 Other highlights of the event will be the seaplanes by Shoreline Aviation for the day which always make a dramatic exit to please the audience, the Suffolk County Police Department’s Aviation Division who will bring in a medivac helicopter to demostrate their equipment which is so vital to our community, and the brave men and women of the USAF 106th Air Rescue Wing at Westhampton’s Gabreski Airport who will do several low passes and steep climbs to demonstrate their HH-60G PaveHawk search and rescue helicopter.

One of the favorite interests is boarding one of the FlexJet aircraft with many people wanting to take a peek inside. “We just wanted to see what it was like to fly in a plane like this,” said Joseph Parcero (9 years old), “I hope, one day, to pilot a plane like this. The pilots were really nice!” from last years event.