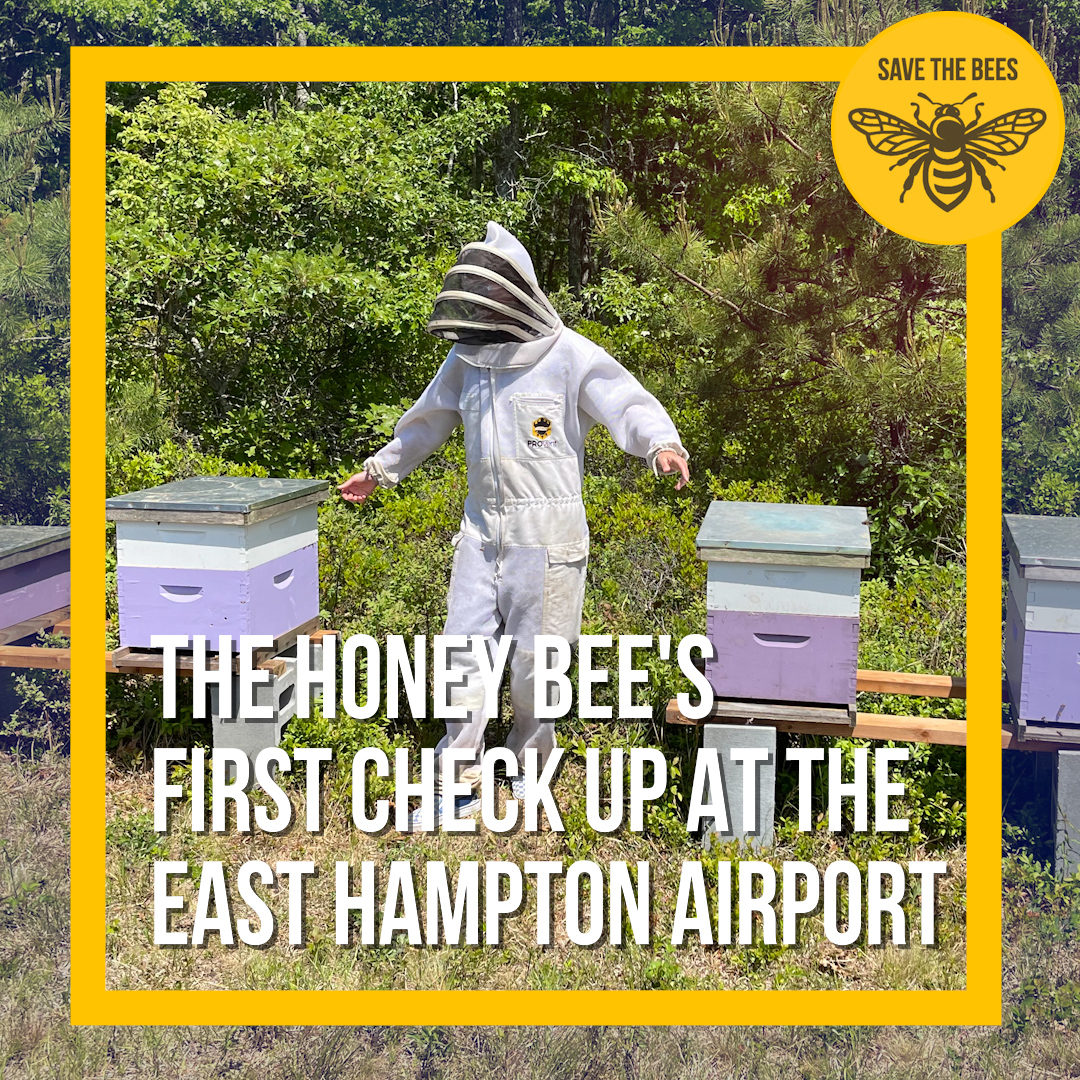 It’s been two weeks since the installation of our first hives and today is the day for Chris to come back and check in on how things are going.

This is an important part of beekeeping as this will give us feedback as to the choice of the location, the health of the hive, and other conditions that are not always known when first deciding on where to place the bees.

The number one sign Chris will be looking for is literally how much buzz is coming from each of the hives and to look out for a discernible flight pattern.
The weather over this past Memorial Day weekend was very cold with pouring rain which also might have influenced our growing bee population. Check out our latest video to learn more about our honeybee pilot project and maybe one day you will be able to have your own beehive somewhere safely installed on your property. Also exciting, we are working on placing a solar bee cam near our hives. Stay tuned! 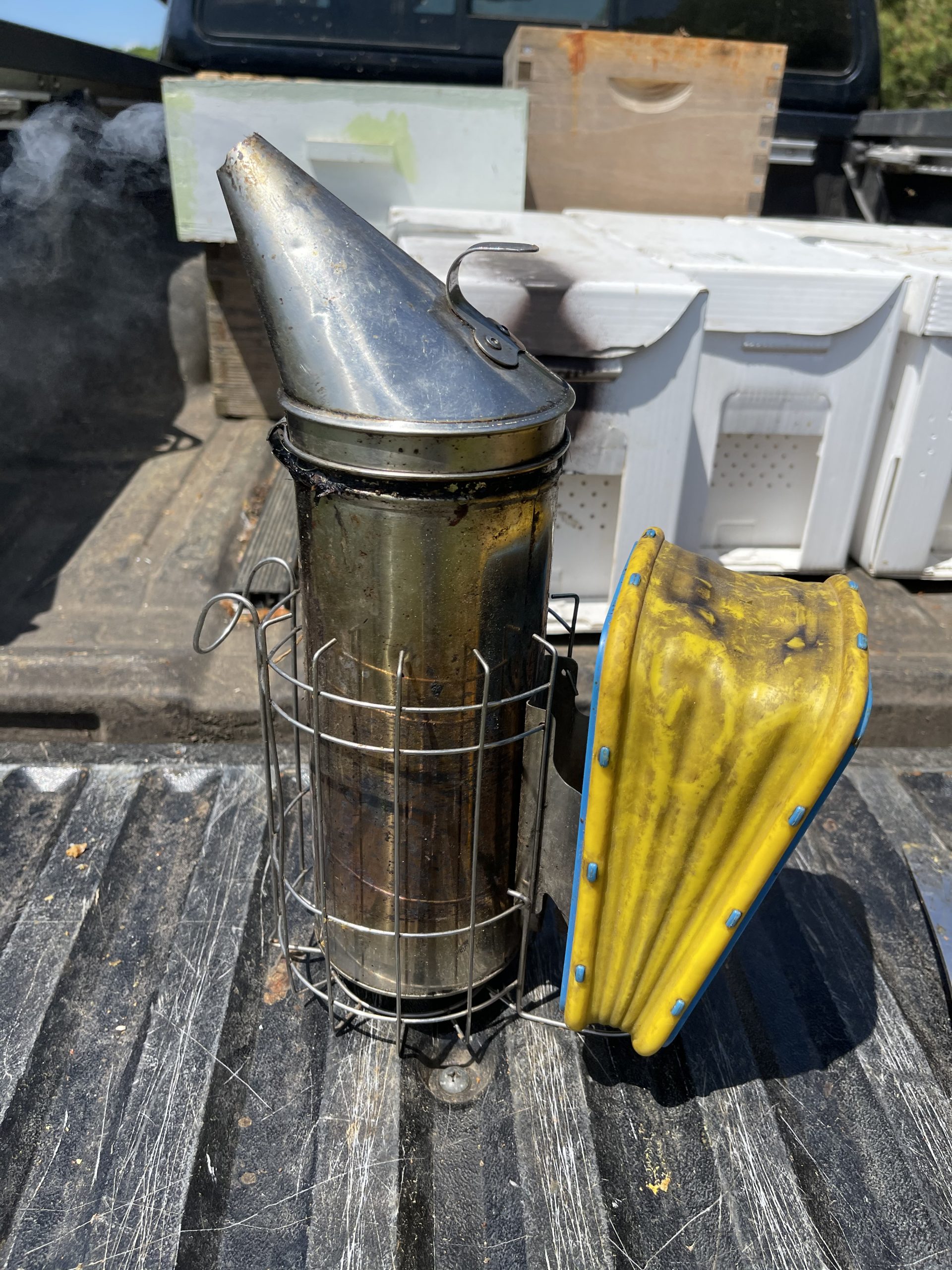 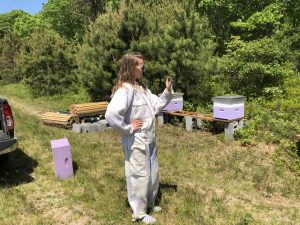 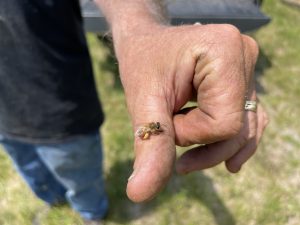 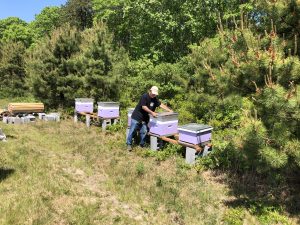 What is a bee smoker?

The tradition of bee smoking goes way back in history … the ancient Egyptians used smoke to harvest their honey. They would use ceramic pots and pans and burned cow dung to create a plume of smoke. Since these times the concept of the bee smoker has hardly changed at all.

Moses Quinby, the first commercial beekeeper in the United States, is credited with designing the classic single-handed smoker in 1875. Since then there have been many variations of smokers, but they all are quite similar to Quinby’s classic design.

A bee smoker, put simply, is a metal container used for puffing smoke into a hive.

Honey bees have a special ability to release certain pheromones into the air to alert other bees of danger. These pheromones act as an alarm response system and tell all the other honey bees to be ready to attack anything that appears harmful to the hive. The release of specific pheromones creates an instant “code red” condition across the entire hive. When smoke is released into the air around the honey bees in the hive, these pheromones no longer work as the smoke interferes with the honey bees signal reception system.

In addition to confusing the honey bees signal reception, when a hive is smoked, the honeybees assume there must be a fire in close proximity, so they begin to stuff their mouths with honey and leave the area.

Public Hearing This Tuesday for the East Hampton Airport.